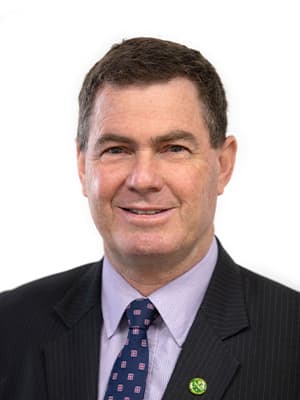 Andrew Humpherson has over three decades’ experience of government relations in Federal, State and local government environments. He leads Barton Deakin across its jurisdictions.

Prior to joining Barton Deakin, Andrew was an MP in the NSW Parliament for 15 years and served as a Shadow Minister for eight years with portfolio experience spanning planning, environment, justice and corrections, housing, water and emergency services. Prior to being elected to Parliament he spent five years as a local government Councillor.

Andrew has also served in government as a Chief of Staff to the NSW Minister for Resources and Energy.

He also spent time consulting across diverse sectors in his own government affairs business and held corporate positions with multinational energy companies. He has strong experience in issues management and crisis communications including with coal seam gas and radioactive waste.

Andrew brings to Barton Deakin’s clients a deep understanding of politics with extensive senior networks across politics at State and Federal levels with a particular emphasis on the resources, energy and development sectors.

He has commentated on elections and been involved in election campaigns for over 40 years. He is a keen representative touch footballer, is a snow skier, has coached junior sport, been patron of many community organisations; as well as holding voluntary sporting body executive positions.