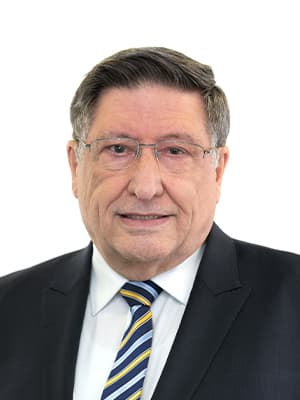 Grahame Morris is one of Australia’s most respected political commentators and has stepped down from an active role after more than a decade as Federal Director of Barton Deakin.

As a political legend in Australian politics, he continues to share his extensive political knowledge and experience with colleagues as Chairman Emeritus of Barton Deakin.

He has more than 30 years’ association with the Liberal and National Parties around the country and served as Deputy Federal Director of the Liberal Party and State Director of the SA Liberal Party. He also had a distinguished career at Parliament House serving as parliamentary adviser to Liberal Leaders Andrew Peacock and Alexander Downer and as Chief of Staff to former Prime Minister, John Howard. He has worked with the Coalition on 26 state and federal campaigns around the country.

Along with an encyclopaedic knowledge of politics and government, Grahame has more than a decade of experience in the corporate world having been Chairman of Pricewaterhouse Coopers’ Office of Federal Government Services, CEO of a leading issues management firm and a director at News Limited.

Prior to his careers in the political and corporate worlds, Grahame was a journalist with The Australian and regional print publications.

Grahame is a regular commentator on politics, government and the mood of the community on ABC TV and radio, Sky News and the print media.