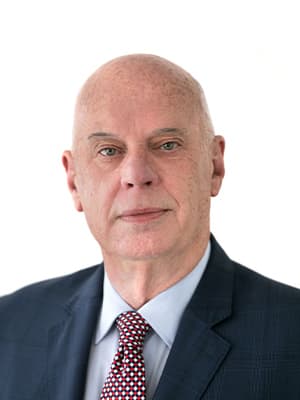 John Griffin is one of Australia’s most experienced government relations and political strategy advisers and is highly sought after in both the corporate and political spheres.

John acts as a Special Counsel at Barton Deakin, with extensive experience across a range of jurisdictions, including in Victoria, South Australia, Tasmania and with the Federal Liberal National Coalition in Canberra.

Born and raised in Adelaide, John has more than 35 years’ experience as an adviser to Coalition governments and oppositions in South Australia, Canberra and Victoria. In the federal political arena he has served as Legislative Assistant to Senator Robert Hill, Senior Private Secretary to the Hon. John Howard during his first period as Opposition Leader, Parliamentary and Policy Consultant to the Liberal Party Federal Secretariat and as Senior Private Secretary to Dr John Hewson.

Since 1997, John has been a successful government relations and issues management adviser to a range of Australian and international corporations. He has also advised government agencies and private sector companies in the United States, Singapore, the United Arab Emirates and the Kingdom of Bahrain.

John continues to assist the Liberal and National Parties on state and federal election campaigns as a senior political strategist and campaign adviser.